Port of call, , is a popular destination. 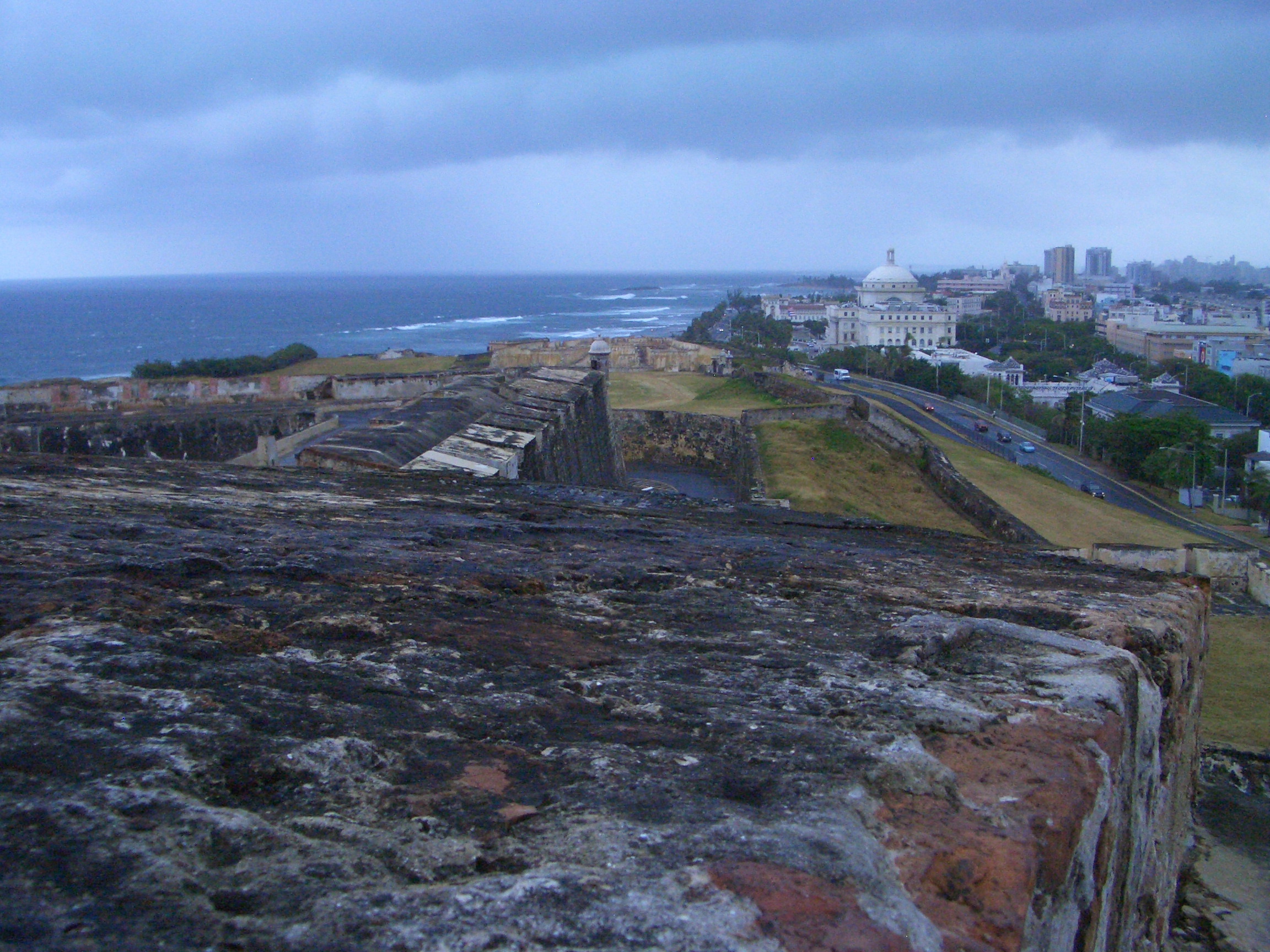 View of the capitol building from .

is always interesting.  Colorful buildings and iron railings are trademark to this island city.  Although has been colonized for over five hundred years, there is little mention of its history prior to the Spanish settling.  Only a few murals may hint at the populace’s blend of natives, Spanish conquistadors, and slaves. 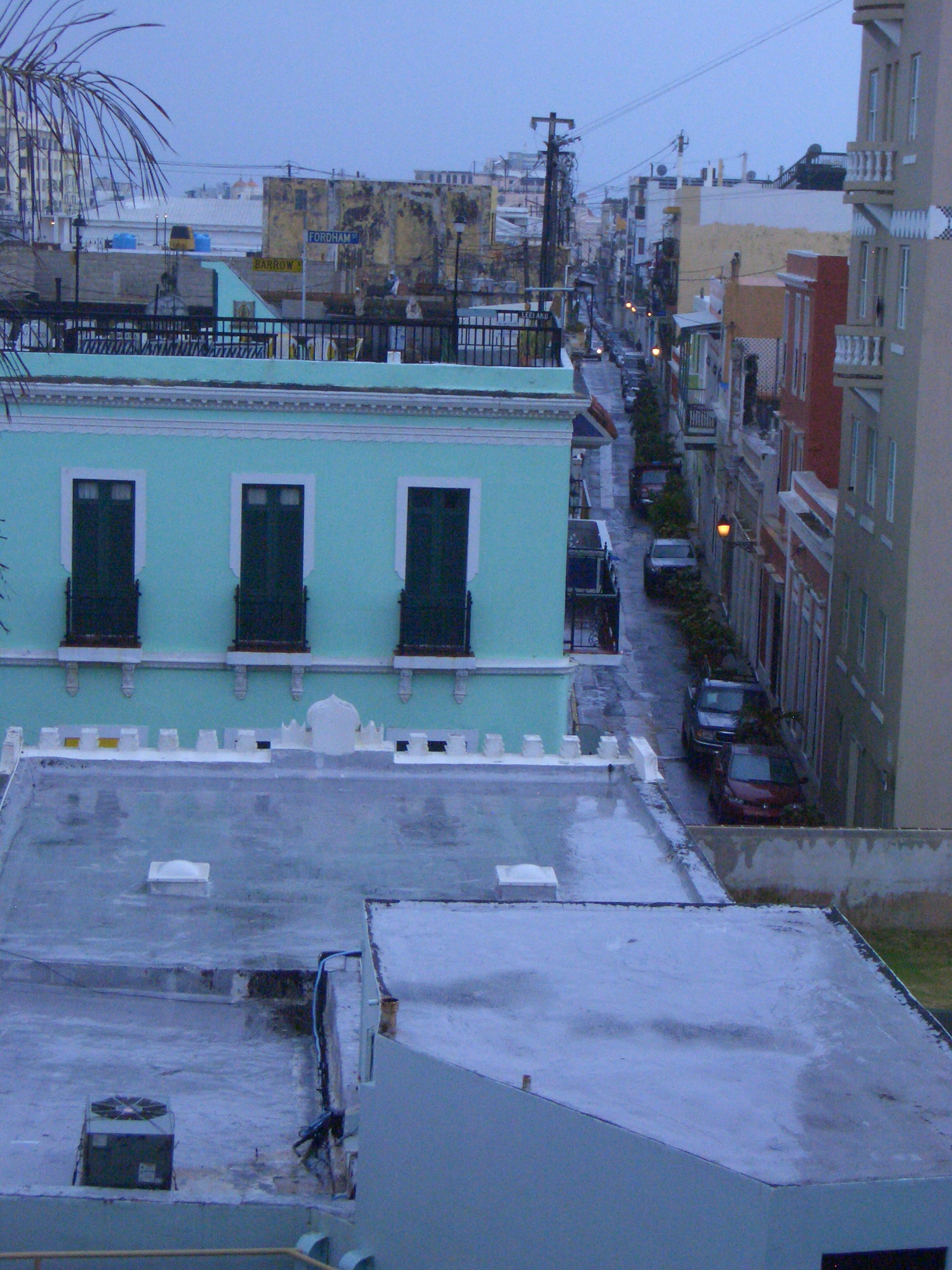 boasts the second oldest church in the western hemisphere.  Colorful buildings line the rocky coastline where crystal waters dance in perpetual motion.  Swells rise, then crash over reefs, frothing the ocean.  It is truly beautiful here.

It took three centuries for to become a walled city, but it was necessary after repeated attacks from hostile countries.  Two forts connected the north wall and guarded the port city.  El Morro rises above the port’s entrance while protected the east flank.  An ingenious design of collecting water made these forts self-sufficient and increased their defensive capabilities.  In the days of colonization, nations proclaimed land for their country with no consideration for the local population.  As such, Christopher Columbus renamed Puerto Rico San Juan Batista.  One hundred years later, that name was rescinded, but the port town retained the name, . An impenetrable sea wall connects El Morro with .  These coral and brick walls were so well constructed, they withstood a two-and-a-half hour pounding from the battleship during the Spanish American War.  When the dust settled, one wall showed serious damage, but the fort remained operational.  In spite of this, lost the war, and the forts' cannons fell silent.  As part of ’s surrender, the assumed control of , , and the .  While Puerto Rico remains a territory, the population is split between the desire for status quo, statehood, or independence.  Though ’s future remains unclear, no change is imminent.

The walled city and its massive forts outlived their usefulness shortly after their completion, but World War II gave them new purpose.  The US Army added modern observation posts to both forts to direct firepower from nearby gun emplacements.  The Army decommissioned these forts in 1949.  Both forts are now preserved by the parks department.  A small fee gains admission to both. While most of ’s historic buildings are in good shape, many former government buildings need serious attention.  There is good reason to keep this town up, as tourist dollars flow from cruise ships making port.  Narrow streets and wild sculptures make this city a walking paradise.  Tropical plants are as abundant as pigeons and sea air.  With downtown being limited to few blocks, the entire city can easily be explored in a day. 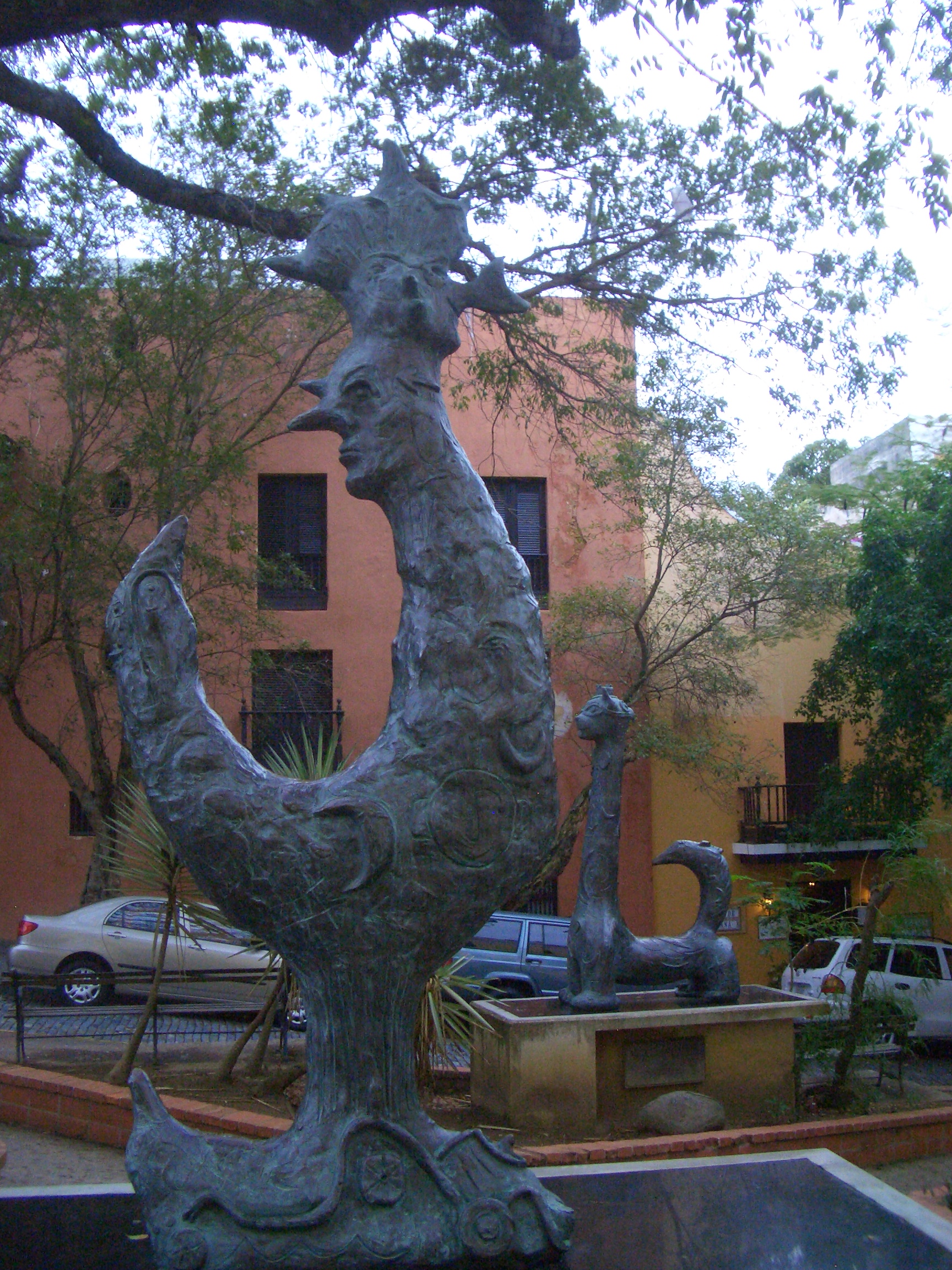 Nearly every Puerto Rican is bilingual.  Billboards use either Spanish or English. The same is true for magazines and menus.  American tourists love it here because they don’t need passports and Puerto Rico uses currency.  While aerial views may hint of , the Spanish influence makes this island truly unique.

The early Puerto Ricans became masters at recycling the brick ballast the Dutch left behind.  The Dutch dumped these bricks to take on rum and other goods; the Puerto Ricans needed to pave their streets.  Today, these blue-glazed bricks still pave many of the downtown streets.  One can only imagine the history these heavy blocks have seen.

I find the ever-present lizards entertaining.  Whenever I visit, large frantic lizards walk with me; trapped between my steps and a wall.  Eventually, they turn, scatter, and leave a smile on my face, wondering how they end up there.  Are they are curious about me, or do they not know how to get out of the way?

Storms are essential to ’s survival.  They come and go with regularity, and dump needed rain on the nearby forest.  Most storms don’t last long, but they can produce a deluge.  Not to worry, a plethora of unique bars, restaurants, and shops can provide entertainment until the storm passes.

I would be remiss if I didn’t include some words of caution.  As with every place in the world, there are problem areas and it pays to be cautious.  Do some research, know where you can and cannot go, and don’t carry valuables needlessly.  A few precautions on your part will make your visit to this island a memorable experience.