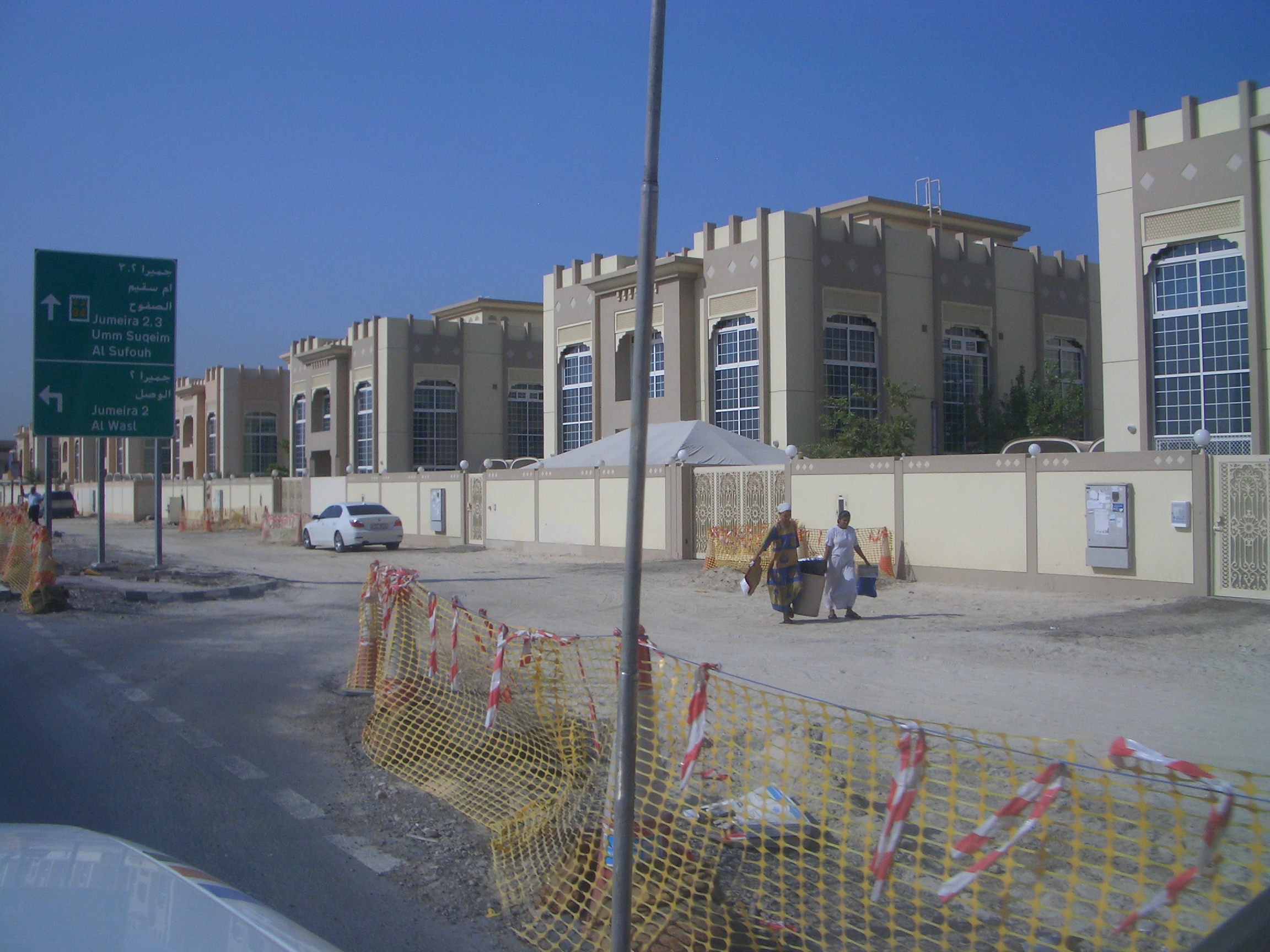 The Burj Al Arab - the most luxurious hotel in the world. 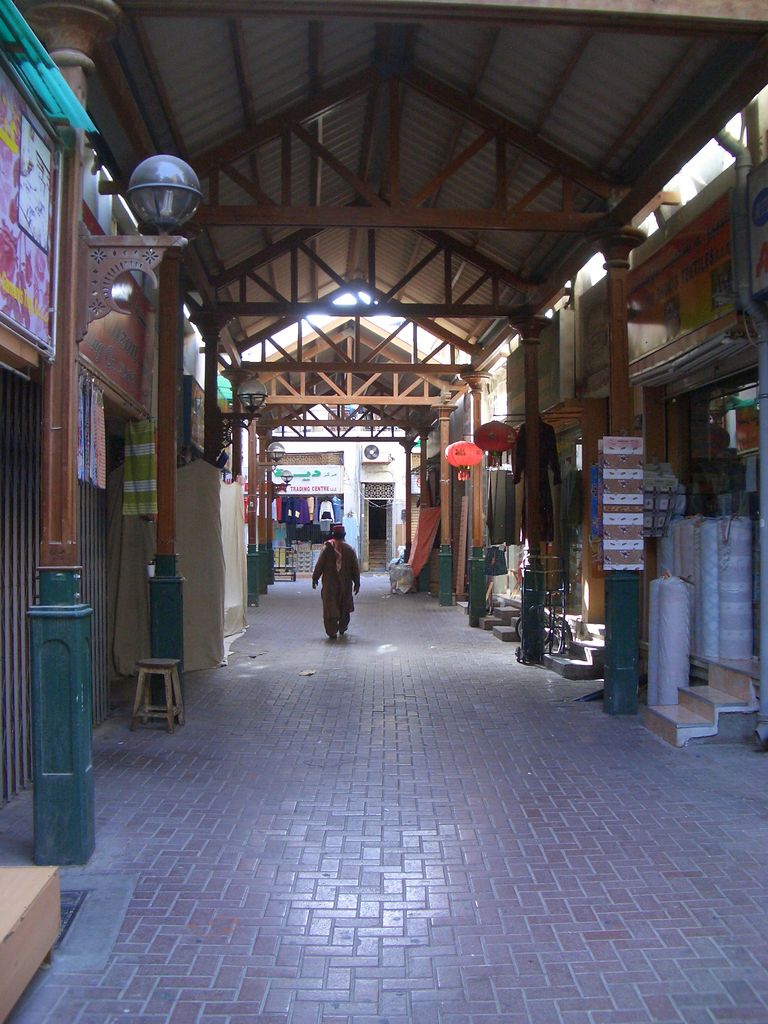 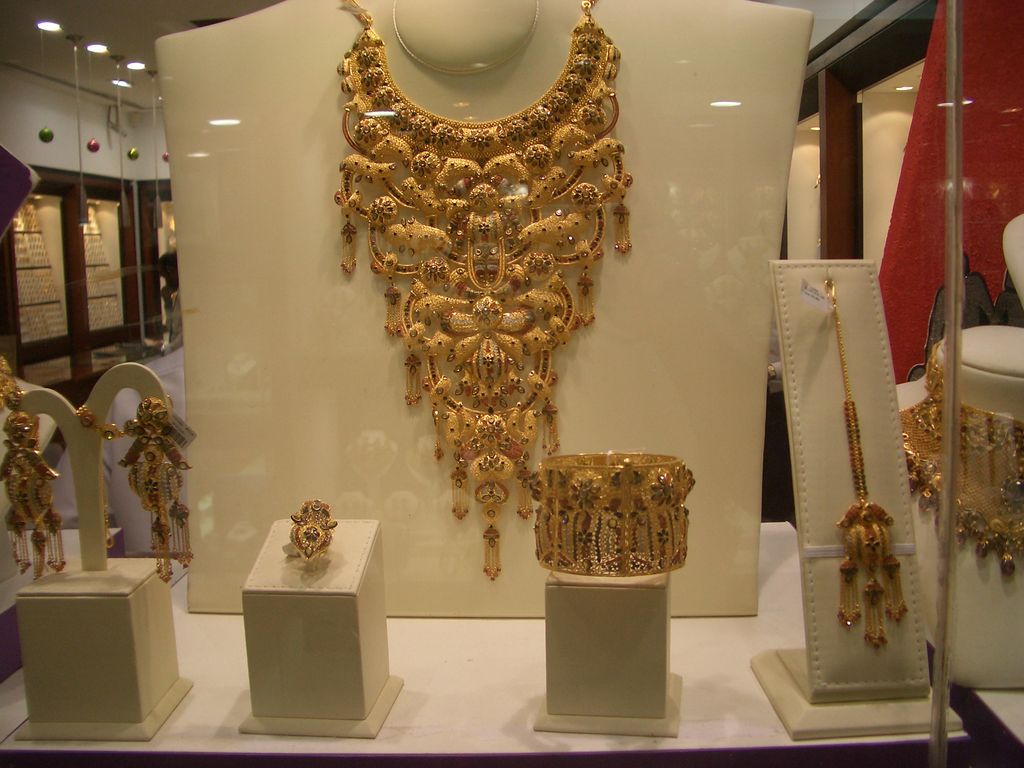 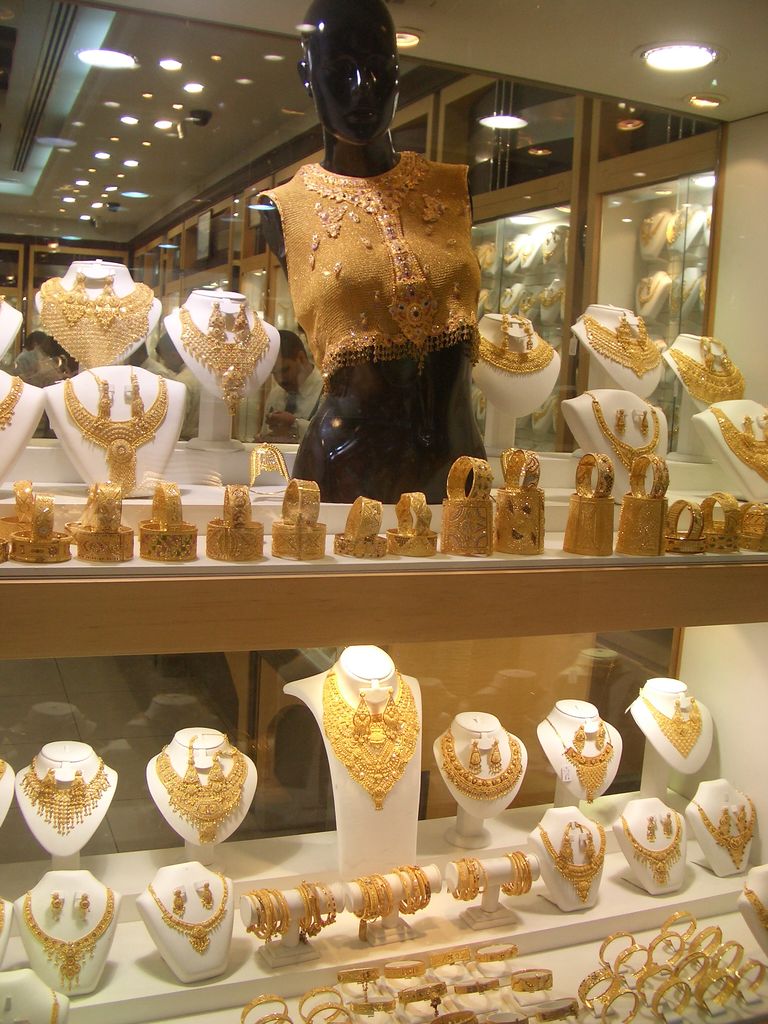 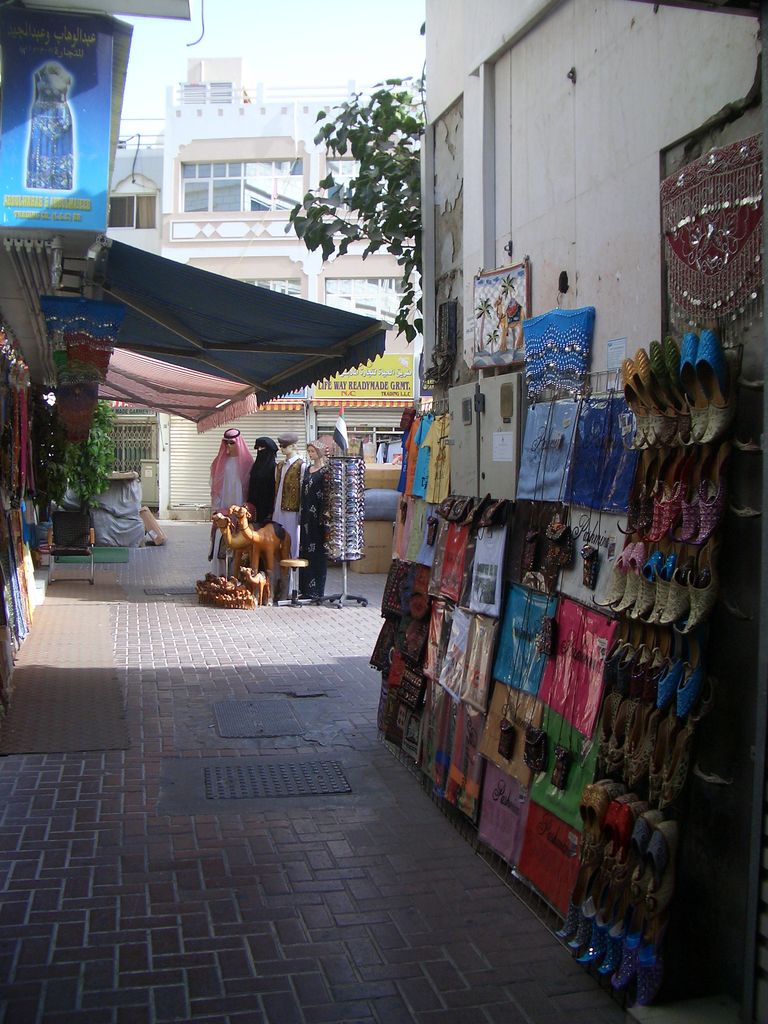 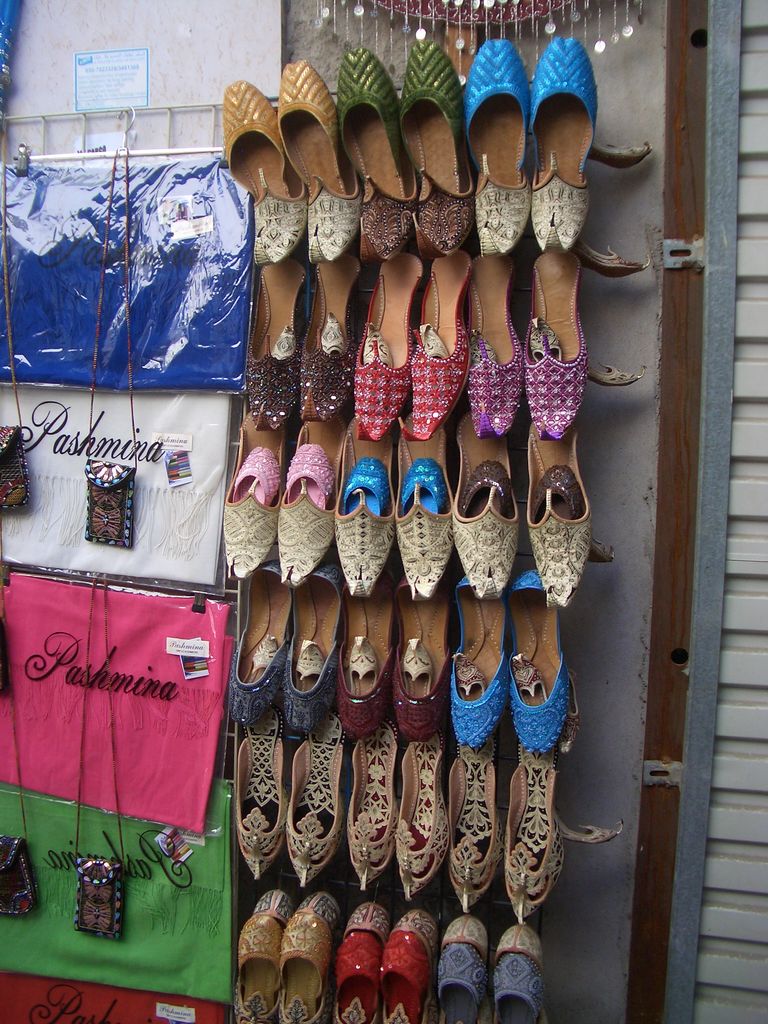 Dubai is one of Middle East's most interesting cities.  In the winter, it is a playground for Europeans.  The world's tallest building is being constructed in this booming metropolis - a center for world commerce.  If you like shopping, nothing compares to Dubai. 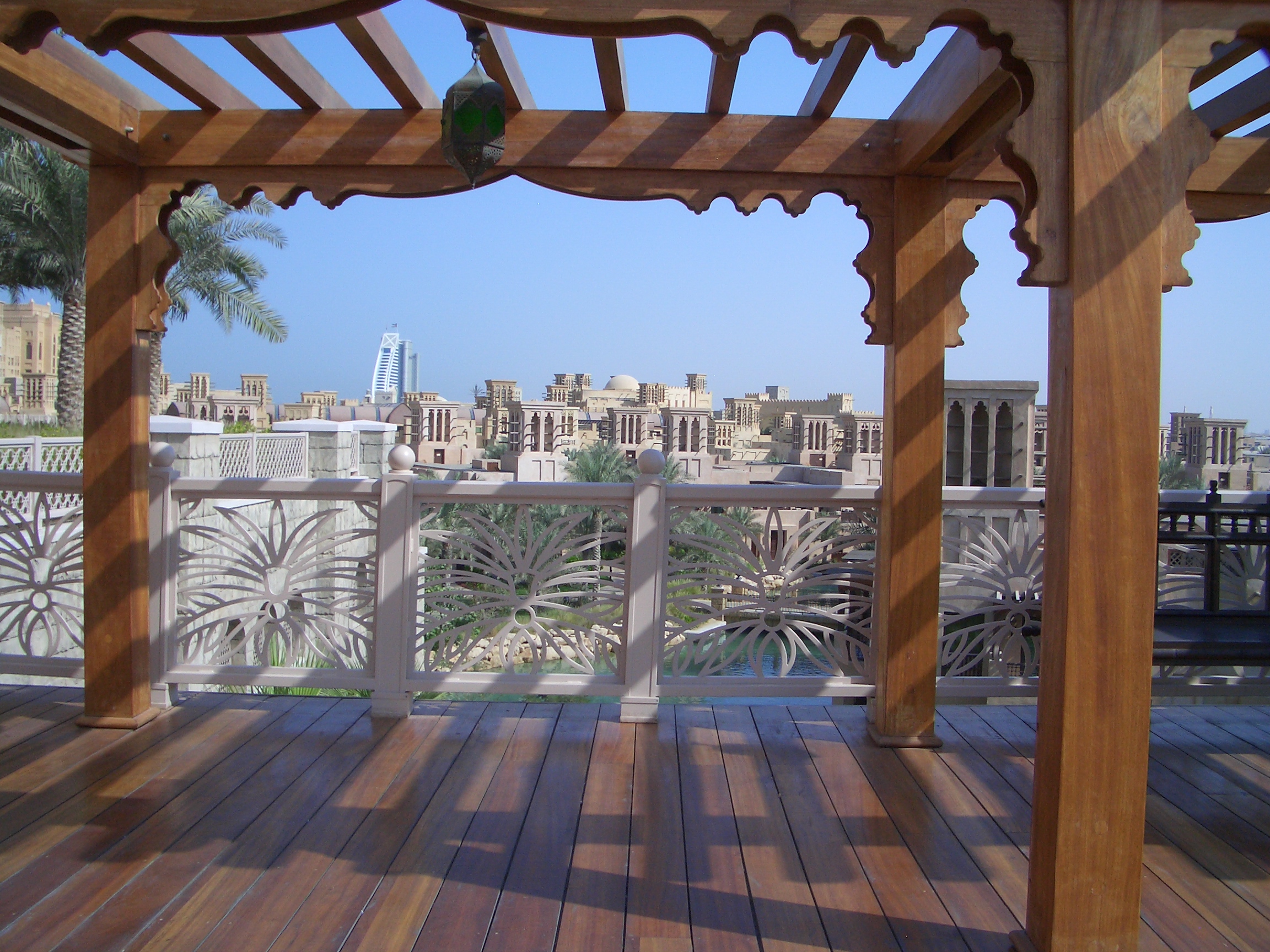 Perhaps one of the most interesting places to visit is the gold souk, or marketplace where 22k and 24K is standard.  Here, gold is sold by the ounce with a very small charge for the beautiful craftmanship.  Every store in the souk is packed with gold.  If you don't find what you like, they will custom make it for you.

Another attraction are the beautiful, endless beaches, but be aware of any restrictions.  This is a Muslim country and has very specific morals.  The locals are very in tune with their religion, and I respect that.  The call to prayer occurs five times a day, and the reverent do so at a mosque.  In spite of the Muslim's strict regiment, I have found that tourists and businessman are accomodated and catered to.  Nationals and "expats" live harmoniously, side by side in a diverse multi-ethnic, multi-cultural society.  I have never felt unsafe walking anywhere in this city.

Arab men wear a traditional white gown called a dishdasha.  The ankle-length cotton garbs are worn with headgear consisting of a gutrah that is secured by an agal or ring.  The gutrah may identify the wearers family line and are worn with pride.  Women wear a garment called the abaya over their clothing.  Abayas come in different colors, but most are black.  It is quite hot in this region, so Westerners might wonder why anyone would wear dark colors.  One must realize that traditions run deep, and it is considered a right of passage and a privilege for women to wear this covering.  Baring skin in public is against Islam.  As such, tourists should avoid wearing shorts or provocative garb while visiting Muslim countries.

Dubai's extravagant shopping malls are among the best in the world.  I don't know of any other malls that boast an indoor snow-ski slope.  The ski run isn't long, but how many people can claim they have snow-skied the desert?

A couple of tours are worth mentioning.  The first is a driving tour around the city in a 4X4 SUV.  These tours limit the number on board to three or four tourists, and the tour guides are proud to show off their beautiful city.  While the city rose from desert sand, irrigated parks and gardens now grace the city.  Flamingos and other shore birds flock the waterways.  The camel track at the far end of town is at least four times the size of a horse track, and they race up to 150 camels at a time.  Don't judge a camel race until you've seen one.  It can be pretty exciting.  The second tour is an afternoon trip to the dunes to watch the sunset  The sun casts constantly changing colors until night swallows the last of the light.  If you have time, add the whole package.  You will be treated to traditional Arabic food prepared in front of you, accompanied by instrumentalists playing beguiling music.  It is a wonderful evening which can be topped off with a camel ride. Dubai evolved from desert oil, and its leaders are well aware the tap is running dry.  To ensure Debai's future remains bright, it has transformed itself into a resort city where anyone with enough money can own a piece of waterfront property.  They created Palm Island by filling in the ocean and are in the process of building a second palm island, as well as islands that replicate the world from a God's eye view.  As unique as this may be, such man-made islands pose serious ecological considerations.  There are already indications such man-made islands have changed the ecosystem offshore, and the water currents and shorelines around these islands will have to be monitored.  It will be interesting to see how this plays out in the future.

If you plan to visit Dubai, I recommend the winter where temperatures are in the high eighties or mid nineties.  Summer temperatures can easily exceed one hundred twenty degrees Fahrenheit, but even then, there is plenty of air conditioned space to do whatever suits you.

I wish every Westerner could visit Dubai, for it might lead to better understanding of the Muslim culture.  It is sad that a few extremists can corrupt the minds of those who will never see the Middle East first-hand.  Dubai is but one of the United Arab Emirates and does not represent the Arab world any more than New York City or Los Angeles represents the United States.  However, it is a wonderful place to experience some important history from the comfort of a modern city.